We are a grassroots, family-oriented organization whose mission is to provide education, support and advocate for individuals and families living with mental illness as well as increase public awareness and understanding of mental health. We strive to improve the quality of life, ensure the dignity and respect for persons with a serious mental illness and to support their families.

​All NAMI meetings, educational programs and events are free and open to the public
​regardless of where you live or whether you are a NAMI member.

our 2023 NAMI FOUR COUNTY BOARD OF DIRECTORS

Wendy Jennings is a Bryan native who lived in the Toledo area while attending college and working in retail and restaurant management. In 1989, she relocated to Metro Atlanta where she raised a family and worked before returning to Northwest Ohio in 2015 to help manage family businesses.  While in Georgia, she worked several years with Apparel Manufacturing in administrative positions including Operations Manager. Throughout those years she became an autism advocate while raising two sons on the spectrum. Wendy learned about CIT training and she shadowed with AADD at Atlanta Police Training Center. It piqued her interest and she soon joined Lilburn Citizens Police Academy. Since her return to Ohio, Wendy has worked with Partners in Employment as a Job Developer CESP serving individuals throughout Lucas, Wood, and the Four County area. She continues this work today coordinating PRE ETS vocational training to students in area schools. A Certified Employment Support Professional and Certified Family Peer Supporter Wendy also serves as President of Bryan ARTS Club and Vice President on Board of Directors with Never Let Go Ministries. Wendy lives in Defiance with her sons. Her relationship with NAMI Four County began when she needed assistance for a son who was battling addiction, had multiple mental health conditions, and autism. “Resources for my son were limited due to the many complications.  The judicial system was uncooperative, and my pleas for help seemed to be met with little to no compassion for my son’s difficult situation,” she recalls. ​“Through NAMI, I was able to make connections and better advocate for my son.  More importantly, I felt my voice was being heard when I shared experiences. After receiving support from NAMI, I decided to get involved and advocate for others to know they also are not alone, and NAMI classes and support groups can help them too." Wendy served as Chapter President two years before becoming the first executive director for NAMI Four County. ​Katherine (Katie) Rakes was born and raised in Northwest Ohio. She graduated from Fairview High School.  She received a Bachelor's degree from Huntington College, her law degree from the Appalachian School of Law and is a Partner with Newcomer, Shaffer, Spangler, Breininger & Rakes in Bryan. Her practice focuses on domestic relations, estate planning, and real estate law primarily in Williams and Defiance Counties. Katie is licensed to practice law in both Indiana and Ohio.  ​ Katie was selected to serve as the solicitor for Stryker. She has  worked as a legislative intern with the Insurance Institute of Indianapolis. Katie also served as a Legislative Assistant with the Indiana House of Representatives, and worked as the Scheduling Coordinator for the Mayor of Indianapolis.  Katie lives in Defiance County with her husband, Doug. 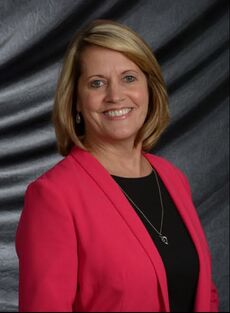 ​Lori Robison is a Licensed Independent Social Worker Supervisor with a Master's Degree from the University of Illinois at Chicago. She is licensed as a school social worker with the Ohio Department of Education and currently works as a school-based therapist with A Renewed Mind Behavioral Health. Lori previously served as Vice-President for Academics at Northwest State Community College, the Director of the Social Work Program at Defiance College, and as Assistant Professor of Social Work and Program Director at Cornerstone University.  Lori also has experience working as the Children's Program Director at a domestic violence shelter and as a Vocational Training Program Coordinator for developmentally disabled adults.  She is a member of the National Association of Social Workers and the Ohio School Social Work Association. Lori and her husband, Rex, live in Defiance and have three adult children and two grandchildren. 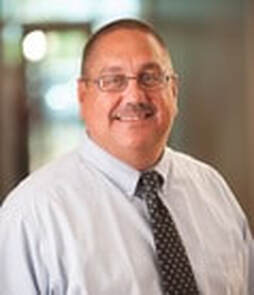 ​Todd Ziegler has been a banker for more than 30 years. He first started with Huntington Bank and is the Assistant Vice-President for commercial lending with Premier Bank in Napoleon.  A lifelong resident of Archbold, Todd and his wife, Sharon, have two children. He attends St. Martin's Lutheran Church in Archbold and is a member of the Napoleon Rotary Club. Todd serves as a board member of the Henry County Community Improvement Corporation. He is a member of the Henry County United Way, a Junior Achievement teacher,  and a volunteer with Fulton County Christmas Cheer.

​Rev. Ann C. Wasson is pastor of First Presbyterian Church in Defiance. She has celebrated over 35 years of her ordination as Minister of Word and Sacrament in the Presbyterian Church (USA).  Raised in New Jersey, she is a graduate of Lafayette College and Princeton Theological Seminary.  Over the years, she has lived in Missouri and Oklahoma where she has served 10 Presbyterian churches as pastor, interim pastor, as well as a supply pastor for two Lutheran congregations (ELCA).   She has worked with congregations in conflict through her work on committees of the Presbyteries where she has lived and served.  She has served in a variety of community types and is well acquainted with rural communities and small towns with limited access to mental health service, while also seeing how good treatment changes lives.  Ann and her husband, Norman, live in Defiance. They have a son and a daughter. 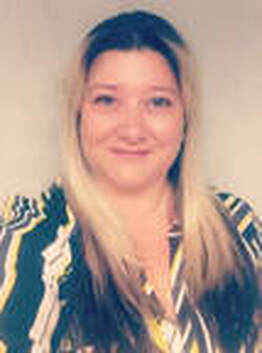 Sarah M Hankinson is currently a Finance Manager for Erie Construction in Lucas County.  She worked previously with The Farmers & Merchants State Bank.  Sarah is a resident of Delta with her husband Leroy, and two children. Sarah has been primarily focused on raising her family and enjoys camping, hiking, motorcycling or adventuring with them. She wanted to find a way to be involved with mental health. She has completed NAMI trainings and says she is excited to be a part of such a great organization as NAMI Four County. ​​ 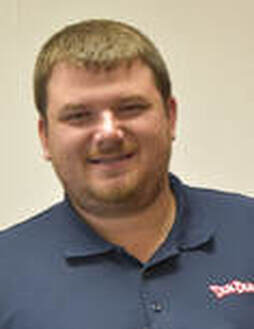 Nathen Henricks was raised in Northwest Ohio and graduated from Edgerton High School.  He received his Bachelor’s degree in Accounting from Defiance College, and a Masters of Business Administration from Bowling Green State University. Nathen works as the Cost Accounting Manager at Spangler Candy Company.  Nathen and his wife, Michelle live in rural Bryan with their two daughters Lorelei and Oakley.  He has been an active volunteer for the Bryan Baseball Association and volunteers for Junior Achievement. Nathen serves as Chapter Treasurer. 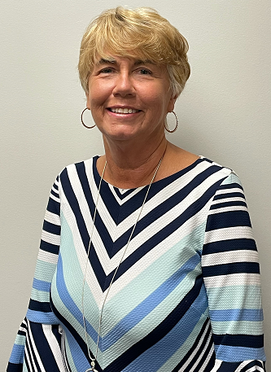 Mary Alice Nagel is a Vice-President and Private Banker at Premier Bank. She has over 43 years of banking experience and serves clients in Defiance, Napoleon, Hicksville, Paulding, Bryan, Montpelier and Wauseon, OH. A lifelong resident of Defiance area, Mary Alice and her husband, Rich, are parents of three children and have 6 grandchildren. They live on a family farm in rural Defiance and she enjoys spending time with her family at sporting events supporting the Tinora Rams, Ohio State Buckeyes and Detroit Tigers. Mary Alice attends St. Mark's Lutheran Church where she is a Sunday School teacher and lay reader. She is also a member of the Zonta Club of Defiance, Defiance County 4-H Endowment Committee, Defiance Country Farm Service Committee Member and is a volunteer with Junior Achievement. 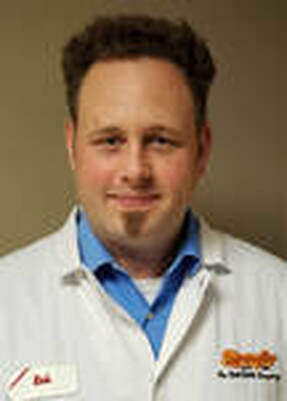 ​Rob Spengler ​is a native of Wauseon. Rob returned to his hometown in 2015 after living in the Chicago area for 15 years.  Rob began working at Spangler Candy as a Product Engineer. He finds his current role as the Product Development Manager to be especially fulfilling  as it allows him to utilize both his technical and creative sides while collaborating with all departments across the company. Rob states that he is insatiably curious and loves learning. In his spare time, he enjoys reading, playing chess and painting. He travels frequently and loves exploring ethnic cuisine and live music. Rob enjoys spending time with his life partner Stacianne, daughter Maddie, and granddaughter Aria.​